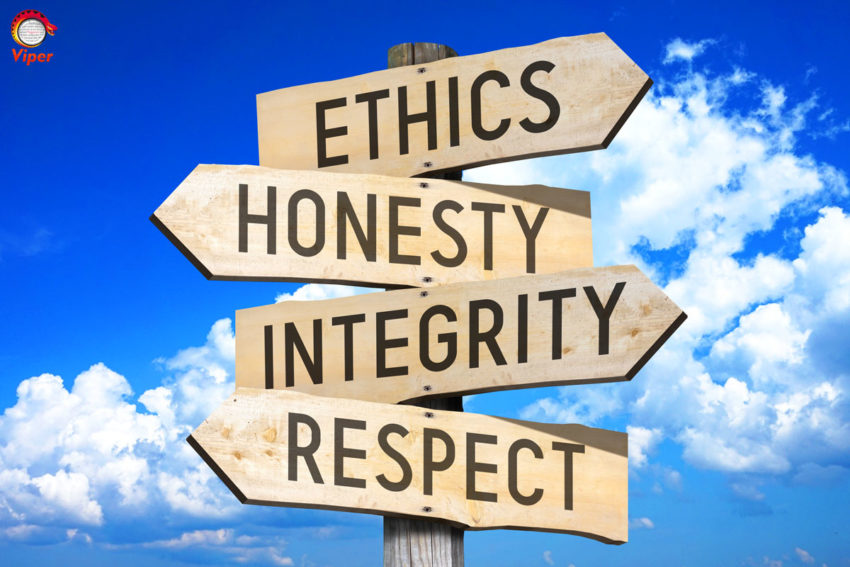 Discussions about plagiarism are inevitably tied up in discussions about ethics. The overt use of other people’s work is nothing more than stealing. It is literary theft, and just like any form of theft, it is illegal. It deceives others by passing content off as your own. So, what are the ethics of plagiarism?

Plagiarism in the Digital Age

For a new generation of people who have grown up in the Digital Age, in the ‘copy and paste’ culture, aligning such acts with criminality is difficult to comprehend.

Plagiarism is not quite as simple as copying and pasting work. It can also include accidental cases. Internalising certain past ideas and content and believing that it is an original idea. Therefore, avoiding plagiarism takes a lot of work and dedication. So much so that many people are not willing to put in this effort, and are willing to cut a few corners and take a few risks.

Indeed, this might be a pragmatic approach. Nevertheless, if you have knowingly used someone else’s content, then this could have an impact on your psychology and this could leave you with a bad taste of mouth. If you have just completed a three-year degree, the last thing that you need is to feel as if you haven’t fully deserved the result. Therefore, it seems to be much better to be diligent in your approach to avoiding plagiarism.

Using a dedicated plagiarism detection software such as Viper can be of great help. Viper checks your work against all online digital content. It also recommends changes to be made.

The good news is that if you provide adequate credit for any content that you have used from other people, then these ethical and legal implications simply vanish! You can draw from the work of others as much as you like. You can use direct quotations or simply paraphrase the work, and there will be no issues whatsoever.

Of course, you can only use so much of such content. You cannot create a patchwork of other people’s work, as this would not represent anything original and new. Nevertheless, by adhering to strict rules and regulations it is possible to get other people to do much of the legwork for you. In a sense, to simply provide credit for this work in the form of a reference or footnote. The issue here is with not giving credit to use another person’s work, or not gaining permission to use it, rather than the actual use of it.

The Rules of Copywriting

There are, of course, certain rules to follow when it comes to copyrighted writing. Pieces of work published many years ago can lapse copywrite. The work could enter the public domain, meaning that the general public are able to use the work in any way that they see fit. Therefore, one must be aware of all such copyright rules and regulations before drawing on other people’s work.

It is generally considered acceptable to refer to academic pieces in your own work. You must though, provide adequate references with links to the original source. This shows that you are well read in the area that you are discussing. It also demonstrates that previous research has been done in the particular area. This then, is considered to be good practice, and there are no ethical issues.

However, problems arise when:

(a) someone overtly copies the work of someone else and passing it off as their own, and

(b) someone accidentally uses another person’s work, without giving appropriate credit.

What if you are not Aware of the Implications of Plagiarism?

There is also the question of whether somebody is ethically compromised if they are not aware of the ethics of plagiarism. Although manslaughter is a crime, and is often done accidentally or unintentionally, the measure of criminality comes down to whether the individual had acted negligently or not. If the individual could not be held accountable for their actions then they could be said to be innocent of any crime. If they were negligent, even if they did not intend to hurt or kill someone, they might still be considered to be a criminal.

You might be considered to be innocent if you show care and diligence. As such, it is not enough to simply not intend to cheat in this way. One must also have not demonstrated any negligence, or a lack of due care and attention. Therefore, then one might say that no ethics have been violated. Nevertheless, plagiarism is complex and so it is very difficult to prove whether a person has been negligent or not.

What plagiarism essentially is then is intellectual theft. It is not just the theft of such property that is the issue. It is also the moral harm of not damaging other people’s reputation. Thus, avoiding plagiarism is knowing about the ethics of plagiarism and exercising academic and artistic integrity. Achieving this requires following a number of rules, which range from the very simple, to the more complex. These rules include:

(1) not submitting work that has been done by somebody else,

(2) not misleading the reader and including false information, and

(3) not omitting any references or credits that should be included to mark the work or ideas of somebody else.

If you are able to follow these very rudimentary rules, you will achieve academic or artistic integrity. However, not all plagiarism cases can be judged equally. Not all cases are so simple, and have varying nuances of complexity.

The Complexity of Plagiarism Cases

A grey area exists when dealing cases of plagiarism and things can get complicated. For fictional writers, this ethical line is even fuzzier.

For example, John Polidori wrote the first ever vampire story with his 1819 work ‘Vampyre’. Many short stories, novels, screenplays, and movies that have been written that include vampires since then. This is not considered to be plagiarism, as works including vampires have become a fictional genre in itself. Moreover, as this idea is likely to have derived from folklore, then it is unlikely that John Polidori himself could take credit for this idea in the first place.

Determining the ethics of plagiarism, and what is not in a work of fiction is a very difficult task. The plot, structure, setting, and characters need to be very similar.

Plagiarism in the Academic World

It has being conceded in the Digital Age that there will be a certain degree of similarities with other people’s work. This refers to common turns of phrase, idioms, and historical knowledge. If a piece of work will not be investigated if they are not above a certain percentage of plagiarism (say, 20%).

University lecturers do not want to waste their time processing a possible case of plagiarism. Unless it is particularly clear that large portions of the paper have been copied and pasted from online content. As such, this is why dedicated plagiarism detection checkers have become so invaluable for students and for teachers alike. These quickly and efficiently point out the ethics plagiarism. In the case of students, they correct any work that might cross over an acceptable level of similarities.

The Views of Academic Institutions

However, the situation regarding ethics is somewhat muddied by different academic institutions. Teachers can also view plagiarism differently, with some being harsher than others. This might confuse some students who move from one university to another, as their work and levels of similarities may have been acceptable at one place, but unacceptable at another. While one teacher might gloss over the odd copied paragraph here and there if the overall paper is largely original, another teacher might flag this as a plagiarised paper, and fail it accordingly and issue punishments to the student.

This is why it is so important to be familiar with your own academic institution’s rules and regulations on plagiarism. Nevertheless, when it comes to the actual ethics involved, it is not just about simply following the rules, it is also about integrity. It is about being proud of your work and what you have achieved.

At the end of the day, it is up to you how far you want to take your diligence against plagiarism in your work. This will depend on how much you value your integrity, the originality of your work and your ethics. At a minimum, you should be looking not to copy and paste any work created by someone else without giving appropriate credit. At the opposite end of the spectrum you might consider investing in some dedicated checker. Doing this can at least make you confident that you have no instances of digital plagiarism.

Overall, there are various levels and seriousness of plagiarism. The ethics in plagiarism are very much defined by the level of integrity that you want to achieve. It also depends on how much you respect the work of others. What can be said though, is that in the Digital Age, plagiarism is becoming increasingly complex. As such, it is important to take a good look at yourself, and what you believe is right.