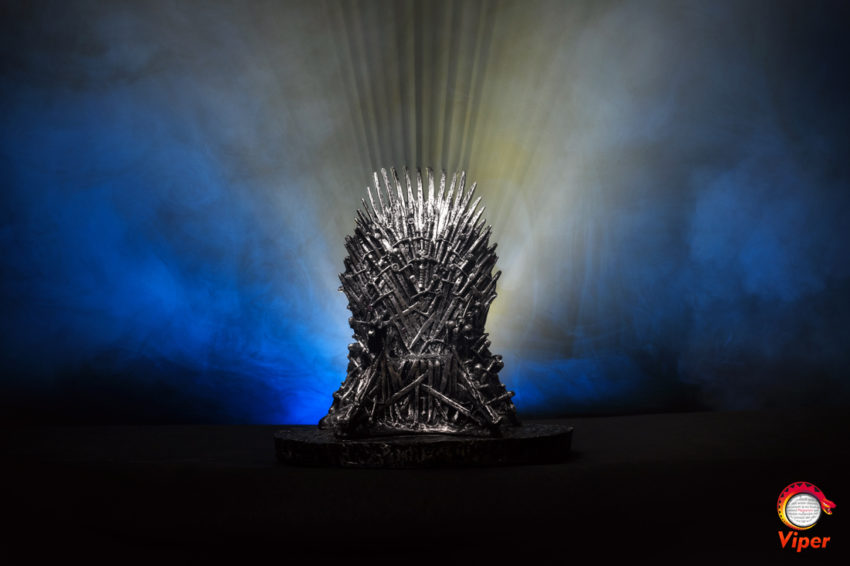 The phenomenon of plagiarism is not something that just affects the academic world. Plagiarism is also something that is sometimes an issue in popular culture. George R.R. Martin’s globally renowned novel and TV series Game of Thrones has recently been accused of stealing other people’s ideas. However, in response to these accusations, Martin stated on Twitter that:

This then, is an important point. There is a fine line between stealing ideas from somebody else, and getting inspiration by wide-ranging research.

Martin’s inspirations behind Game of Thrones

Martin admits that his main inspiration for Game of Thrones came from the novels of the french author Maurice Druon. These feature a seven-volume saga that chronicles the dynastic fight for the French throne. However, Martin is open about using this series as inspiration. Despite there being some marked parallels between the two series.

In addition, Martin also admits his influence by the works of J.R.R. Tolkien. Other inspiration comes from history. The plot of Game Of Thrones has some remarkable parallels with the history of the British monarchy. Yet again, this fits more neatly into the realms of inspiration rather than plagiarism.

It could be argued that everything is a remix in some way. Nowadays, many elements borrow ideas from somewhere else, and twist them to fit the fantasy genre.

Has fame been a factor in these accusations?

However, it is often the case when an author becomes globally recognised, that it becomes the subject of intense scrutiny. This can often lead to accusations of plagiarism, which may to some extent be the result of envy for the writer.

The openness of George R.R. Martin

In the case of George R.R. Martin, there seems to be an openness about his inspirations, which provides fuel to his naysayers. This openness is also refreshing, and goes some way towards mitigating any claims of plagiarism by getting in there first. Thus, Martin claims that he has researched his work well, rather than being a pastiche of other people’s work. This is probably true of most other famous works as well.

Indeed, storytelling is very much an evolution, with there being elements of intertextuality in this. In fact, such signs and symbols are simply another way of communicating, and language is based upon such intertextuality.

Where to draw the line between inspiration and plagiarism

What this particular example shows is that there is a fine line between inspiration and plagiarism. In this case, Martin finds inspiration from a variety of historical texts and works of fiction. He has then incorporated this into an original fantasy novel series. However, inspiration and plagiarism can be distinguished. For example, inspiration refers to the catalyst and impetus for the creation of a new piece of work. On the other hand, plagiarism refers to the copying of another piece of work. In addition, it is somewhat naïve to think that any creative work can be produced originally. Nowadays, all creative works are inspired by previous ones in some way.

It is often said,that using one person’s work is a work of plagiarism, but using many is inspiration. This then, does not make logical sense. If we unpick the idea a little further, it does begin to make sense. If one particular work is drawn from repeatedly in sufficient detail, then this can be considered to be plagiarism. However, if many different works are drawn from, to create a new and original piece with its own unique storyline, setting, and characters, then this can be considered to be inspired by previous works.

Is Game of Thrones plagiarised?

In the case of Game of Thrones then, it does seem that the work is more based on inspiration rather than plagiarism.

When crafting a work of fiction such as this, make sure not to overstep the mark from inspiration to plagiarism. You must ensure that many works are drawn from during your research process. If not, this could lead to drawing on that work too extensively, which could lead to accusations of plagiarism if too many ideas are used from that same text.

In the end, there is a fine line between inspiration and plagiarism. Even the most notable of works tend to get some crticism with regard to this, and get accused of overstepping that imaginary line. Nevertheless, in the case of the Game of Thrones novels, it seems that this remains firmly in the realm of inspiration.