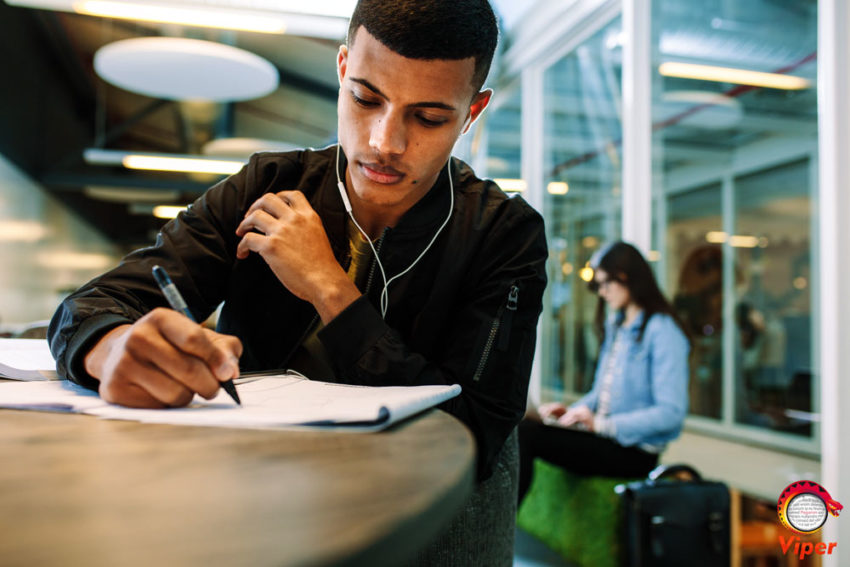 There is some controversy at present in respect to online essay mills, and how they are helping students to cheat. A recent petition calls for a ban of the advertising of such services in the UK. Almost 6,000 people signed such petition. This though is still not enough to warrant a discussion on this in parliament in the UK.

What do Essay Mills really do?

Plagiarism checkers cannot identify custom written academic papers. Thus, many students are now paying for professionals to write their papers for them. This is obviously unfair on those students doing their very best to create high-grade work of their own.

However, some of these essay mills are less scrupulous than others. Some service advertise sample papers as learning tools. Therefore, to be clear, it is only the use of custom written papers, and submitting such papers as their own work, that is controversial.

Some people want to ban essay mill websites. Increasingly sophisticated methods are now attracting vulnerable students into paying for their services. New Zealand, Ireland, Australia, and many U.S. have already banned these websites. Nevertheless, it seems that it is going to take some time before any decisive action is taken in the UK.

Until then, university, college, and high school staff need to be on their guard to detect any cases of cheating. Plagiarism detection softwares, such as Viper, have a key role to play in this. These services can provide a first line of defence against such cheating. Of course, the problem is that in the more professional of such essay mill services. Current technologies are finding it hard to detect plagiarism, and so academic staff need to be more diligent.

One possible solution to this problem would be to introduce academic legislations. This will make these services hand in any work done for a student to their university. The work submitted will then be checked against their own submitted essays which will ensure that students are only using it as a model answer.

Developing plagiarism checkers to scan a student’s previous work could prevent cheating. However, this is unlikely to happen in the near future, as such technological advances will take time. Significant updates to plagiarism checkers will help accommodate such functions. In the meantime though, the scale and extent of the problem seems to be proliferating.

In 2016, the Quality Assurance Agency (QAA) found that around 17,000 students commit academic offences each year in Britain. In fact, between 2014-2018, some 15.7% of students have admitted to cheating. This is something that is threatening the academic integrity of education in the UK, and beyond.

In 2018, more than 40 universities asked for a ban on companies that are selling essays to students. As yet, such a ban has not been enforced and it still remains legal in the UK. Some essay mill companies have had to close down due to increasingly tight rules on advertising. There are also some companies who turn students away if it becomes evident that they intend to use the work provided to cheat. Yet, there are some unscrupulous ones, who blatantly advertise that students can pay to get their work done for them. This then, is unacceptable.

How Can Schools and Universities Help In Preventing Academic Offences?

Academic staff need to be properly educated on student cheating. Being informed about plagiarism is probably the best way to effectively tackle this problem.

The most effective way to tackle this would be by using a plagiarism checker like Viper. Using a teachers common sense could also be effective. If a teacher reads a piece of work, and it is different to the style of their previous assignments, then this could be looked at further. Teachers could use plagiarism detection reports to look for any further clues. This would determine whether any digital content has been directly copied.

Furthermore, sections from a students work could be read out, along with sections of work from other students’ past papers. Therefore, if they do not recognise sections of their own work, then a strong case could be made for cheating.

With a combination of technology and shrewd detective work by teachers, cheating could be combated in academic institutions. Nevertheless, teachers already don’t have enough time to do everything that they need to do. This could ultimately affect those students who are not cheating. How? Well, these students would receive a poorer quality education due to their teachers spending their time in making cases against them.

The Effects Of Banning Essay Mills

In the end then, the question of the banning of essay mills is a complex one. On the one hand, the UK government does not want to encourage cheating in academic institutions. However, on the other hand, academic service businesses is something of a grey area. Banning all these services would punish those reputable ones due to some unscrupulous businesses, who do not care whether students are using their work to cheat. This then, is something that the UK government needs to weigh up carefully. Business is always important, and the provision of academic services has become a multimillion-pound industry in the UK.

How Do These Services Help Students?

Although the industry does perhaps need more regulations for such businesses to follow, the complete banning of all academic services seems to be unrealistic. Students have the right to get help if their educational institution is not providing enough mentorship for them. These businesses can provide vital services to such students. Students might require valuable feedback on their work via a critique, or some proofreading or editing work done. Moreover, if they are not sure what direction to take their work in, then a sample essay could also provide some vital clues (especially if they have missed some key lectures). This then is not quite as simple as banning all essay mills so that students cannot cheat.

Should These Services Be Banned?

As stated previously, these services can help students overcome any academic difficulties. With this said, is not advocated that all essay mills should be banned in the UK. By outlawing academic services websites on UK hosted ISPs, and making the advertising of such services illegal, this would go against the principles of free-market capitalism.

What Is Being Suggested Instead?

What is being suggested though, is that academic staff work more diligently to prevent cheating, and use plagiarism checkers as a tool to support this task. It might even be suggested that each academic institution has a dedicated member of staff whose main role it is to investigate possible cases of cheating. This could help teachers gather evidence and compile a case against a student. Thus, if each academic institution has a member of staff such as this, then this will in itself send a message, and act as a deterrence against such cheating.

As such, this is a problem that requires a multitude of strategies in order to combat it, rather than there being one singular solution. Moreover, a key to this collection of strategies is that of the use of dedicated plagiarism checkers such as Viper. This is something that can quickly and easily detect any cases of copying of digital content. Therefore, it is recommended that all academic institutions use software like Viper as a matter of course when processing digital versions of student content.

Plagiarism Checkers can represent the first line of defence, with the second level being that of teacher evaluations and marking a red flag on any work that is deemed to be suspicious in any way, before the third level being that of an investigation by a dedicated member of staff if a student does not pass the first two levels. Thus, by having this three-pronged line of defence against cheating, such high levels of student cheating in UK might be tentatively mitigated.

Finally, it is also important to foster a culture of academic integrity, so that students themselves are less inclined to want to cheat in the first place. Conversely, if the approach of banning essay mills is taken instead, then this might simply force such activities underground, and result in even higher levels of cheating, due to the industry being less regulated. This then, is not a road that is recommended. What is recommend though, is that more funding is put into the development of more sophisticated plagiarism detection software, so that teachers have better tools at their disposal in the fight against cheating.