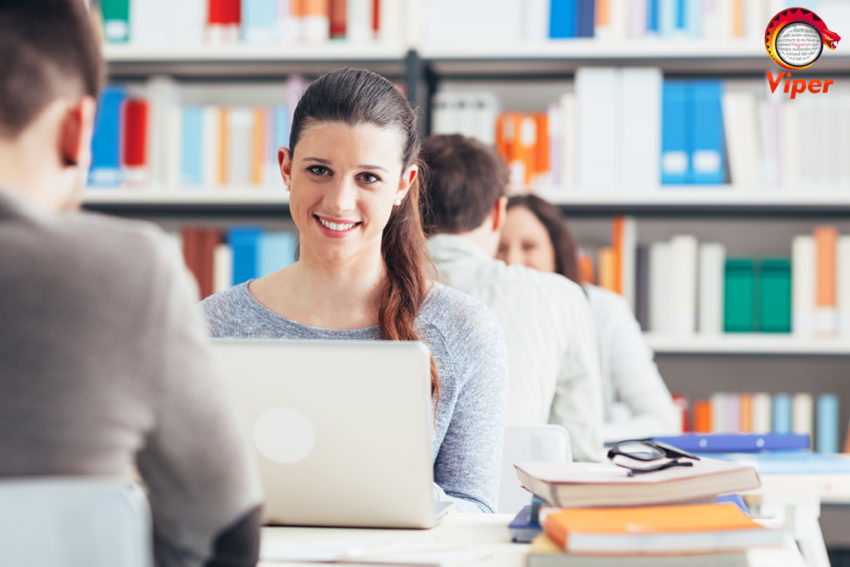 Plagiarism is not only a problem primarily concerning students at university. It is also something that plagues the arts, and works of literature in particular. For many years, there have been many cases of literary plagiarism. One of the problems is that writers tend to be voracious readers by nature. This might make them pick up ideas from reading the works of others. Moreover, a writer’s admiration for another author could make want to create a similar piece. This can be similar to a musician accidentally making music that is similar to that of their influences.

One well-known case of literary plagiarism comes from a young Helen Keller, a deaf and blind American author.

At the age of 11, Keller wrote a short tale about called ‘The Frost King’. She wrote this after learning about a story called ‘Frost Fairies’ written by Margaret Canby. Although it being published, it was soon accused of plagiarism. Nevertheless, we still do not know if this was done intentionally, or accidentally. With this said, being accused for plagiarism is mostly due to her not knowing about the consequences of plagiarism.

Another case of literary plagiarism would be the one of historian Stephen E. Ambrose. This is a man who had written biographies for two former Presidents of the United States, President Dwight D. Eisenhower and Richard Nixon.

Ambrose used other authors’ writing in his own books, without giving appropriate credit. He was then also criticised for plagiarism in his book; ‘Wings of Morning’. This book copied word-for-word sections of a book called ‘The Wild Blue’ written by Thomas Childers. His response to the accusations was that he would put quotations marks around these passages in later editions of his book.

Ambrose was never punished for these allegations as he died shortly after. M

Academic plagiarism is more clear-cut. It can be determined by long-standing and well-defined academic conventions in respect of referencing, the boundaries of plagiarism in literature are more difficult to determine.

Jacob Estein plagiarised passages from celebrated British author Martin Amis. The case concerned Estein’s first novel ‘Wild Oats’, which contained passages from Amis’s earlier work ‘The Rachel Papers’. Epstein later admitted to the act of plagiarism, having copied various passages from Amis, along with other writers too. He claimed that the plagiarism was accidental. He also argued that it had been the result of unorganised note taking and lost citations.

As such, whether this is true or not, it does seem to be a viable get-out clause for any writer who is accused of plagiarism.

A fine line between inspiration and plagiarism exists when it comes to literary works. No work of fiction is truly original, as certain themes and genres are already well established.

If a unique spin on the narrative is created, you are allowed to reuse certain ideas in works of fiction, For example, the Star Trek stories revolve around a space bearing crew looking for life on other planets, and exploring the universe. There is nothing stopping anyone from creating another story that also involves a space bearing crew. The stories contained around this loose setting must be different, and must contain different characters within them.

A good starting point is to take inspiration from your favourite genre or author. If you do this, your work must then deviate, and take on a life of its own. If you use the same elements, ideas or characters, you will most probably be accused of plagiarism.

Plagiarism in literature, just like in the academic world, can also be a result of poor note taking, and can thus be unintentional by nature.

Jane Goodall, caused some controversy in her book ‘Seeds of Hope: Wisdom and Wonder From the World of Plants’. In this book, she was found to have copied some content for her book from various websites, which included the free online encyclopaedia, Wikipedia. Washington Post journalist Steven Levingston’s claimed that Goodall had borrowed passages for the book without attribution. Goodall accepted the claims, and promised to amend any future editions of the book with appropriate references.

How should one avoid plagiarism?

This then, represents an evolution of ideas that has spanned uncountable generations across the aeons, and so one should not become paralysed through a fear of committing an act of plagiarism, as inspiration and plagiarism are two very different things. A truly original work of literature is not really realistic, but a work of fiction that significantly deviates from all others is, in respect of the characters created, the plot, structure, the way the story is told, and the setting.

Many elements that make up a work of fiction, as long as most of these elements are unique and original in some way. Doing this will avoid plagiarism. If the final draft is run through some dedicated plagiarism software, such as Viper.

Nowadays, authors have an advantage over writers such as Keller and Ambrose, when it comes to plagiarism, as contemporary technology allows writers to double check their work for any similarities with other works, through digital platforms that specialise in detecting plagiarism. As such, these kinds of platforms are not only useful for students hoping to avoid getting into trouble for copying other writers’ work without appropriate citations, but it is also of use to both budding and established authors alike. In fact, if you think that you are the next J.K. Rowling, are about to make millions on your debut novel, then it makes even more sense to check your work for any possible accusations of plagiarism, in order to avoid any future lawsuits, or tarnishing your reputation before it has even begun.

Moreover, as all digital online content can now easily be checked for similarities in your work, then it makes sense to take advantage of such technologies, and to put your mind at ease if you are not sure where all of your ideas have come from. It will likely be the case that any similarities have been more rooted in inspiration rather than plagiarism, and if there are some instances where this inspiration crosses the line into the no man’s land that exists between inspiration and plagiarism, then it would be prudent to make a few changes, just in case.

While plagiarism has been an issue in the world of literature across the ages, the Digital Age has brought with it new challenges. In many ways it has levelled the playing field.

Plagiarism is now much easier to detect, but it is also much easier for writers to check their work too. There is a fine line between inspiration and plagiarism. In the present day, this line can be more accurately and defined, using plagiarism checkers.

Plagiarism can also be caused due to sloppy work, or poor note taking during the research process for a book. It is important to be responsible for your own content, and to be diligent in checking your final draft for plagiarism before sending it to a publisher.

Plagiarism is a serious offence, and can result in extended lawsuits and the destruction of literary careers. It is something that all writers must be aware of and be diligent against. If you are a writer of fiction or non-fiction, then be sure to check your work with plagiarism detection software such as Viper, and take full references when engaged in note taking.